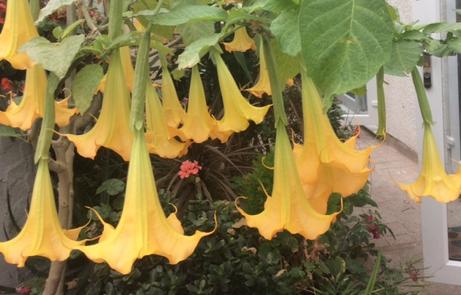 Sanguinea x vulcanicola Hybrid   currently simply named 'Red'. Unlike most of the rest of our Brugmansia, B. sanguinea and B. vulcanicola species belong to what is known as the cold group which also contains the white-flowered B. arborea. 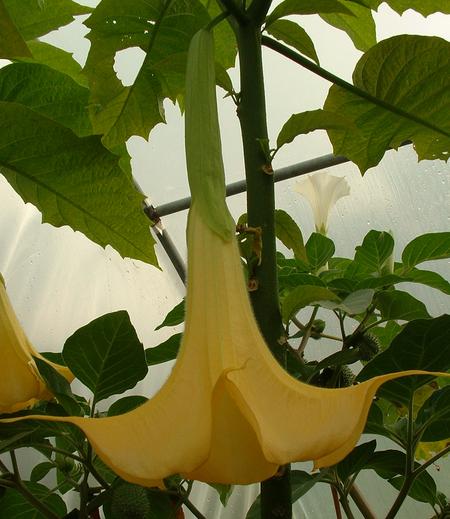 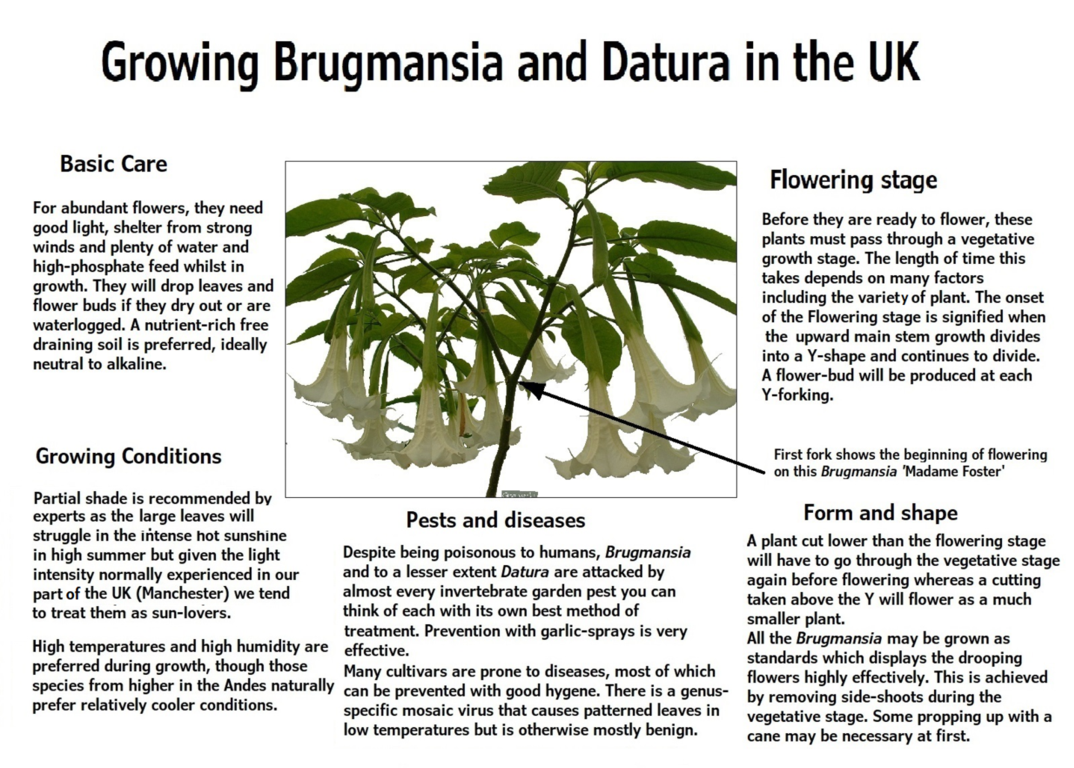 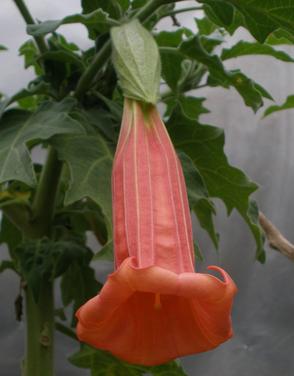 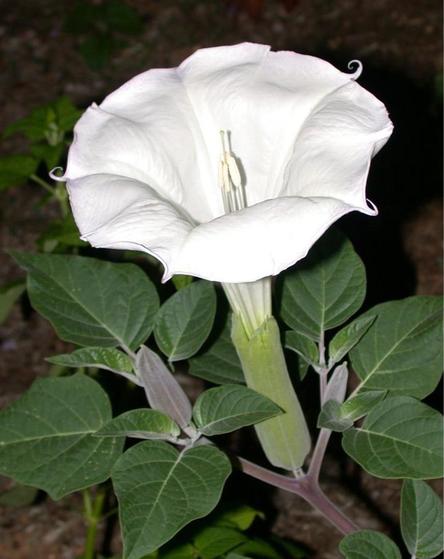 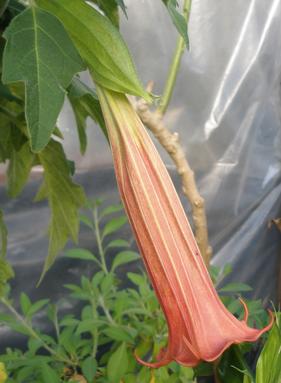 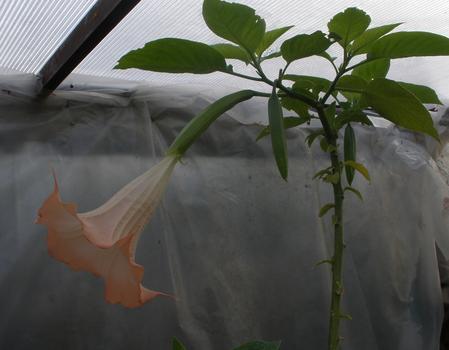 B. 'Charles Grimaldi' is possibly the most popular of the modern hybrids, ‘CG’ produces large, opulent fragrant blooms reliably in bursts throughout the late summer and into autumn.
It is properly called Brugmansia x cubensis ‘Charles Grimaldi’ as it is the creation of an x candida hybrid (from B. aurea and B. versicolor) itself hybridised with a B. suaveolens.

Brugmansia 'Grand Marnier' A well-established strong cultivar and very reliable flowerer, one of only 2 Brugmansia to hold an RHS Award of Garden Merit. 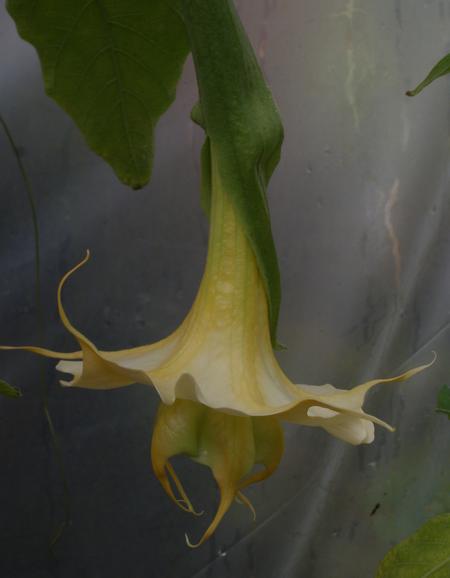 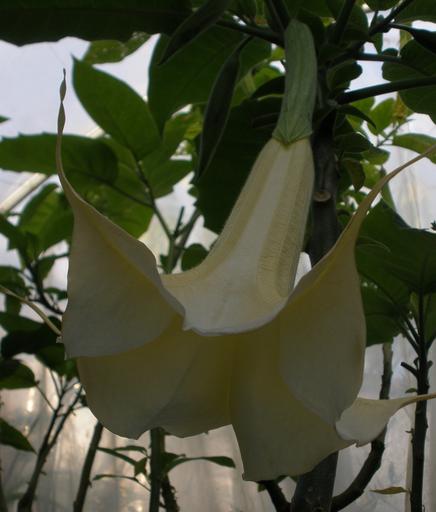 As yet unnamed double hybrid.  It's actually a triple but you can't tell that from the picture . Soz.