Now everyone likes a nice spikey plant like a Yucca or a Cordyline  and this one is pleasantly blue and won't form multiple  heads trying to make  a shrub when you want a single architectural statement. Now its lifecycle is more rapid than other members of the Agave family and hence it grows rapidly until it decides its big enough (usually within 5-10 years) and then folds over and launches, from its centre, a massive flower spike with dozens of little white flowers. That's it for that Agave  but dozens of tiny baby versions are created on the spike and the whole process begins again. 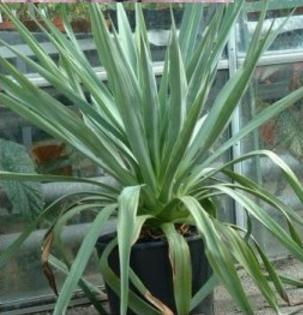